I attended an astrology conference with Lee Lehman a few years ago and the focus was on traditional astrology. Prior to the conference I had been studying for about a year practicing my horary skills every chance I could. The conference was of much help to me and was definitely worth attending in retrospect. But for those of you that do not know, with horary the goal is for the astrologer to answer the question of the other person, the querent. While most questions do have an answer others do not and this is because of a variety of reasons that we just cannot get into in this article. But we can talk about one and this is simply being dishonest with the astrologer one poses the question to. The rules of horary astrology support the astrologer that knows them sufficiently. 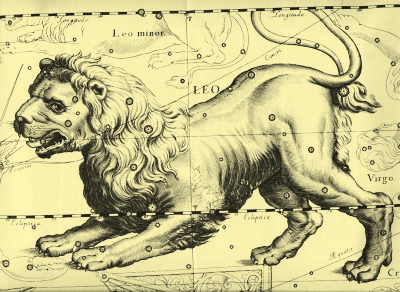 One of the main take aways from the conference was that the time for the event in question always “trumps” the time for a question about the event. But most of us do not keep track of the times that everything happens in our lives, nor should we. Important events come and go and we simply just do not or cannot remember. But lets say that we do remember and that it would be possible to go back and review and correspond these events back to the sky as it was at the moment, no matter how small or “insignificant” the event or string of similar events. The rules of horary would apply in the analysis and what we would be looking at is simply known in astrology as the “event chart.” The same would apply for mundane analysis as well, keeping in mind the context of what is being looked at. People should be treated differently than nations, objects, ideas, etc. Chart analysis is built around the subject at hand.

My hypothesis is that synchronicities can be treated the same way as events and questions are in horary and mundane astrology. Synchronicity is a term by Carl Jung who, coincidentally, practiced astrology as well. I found a blog entry that does the subject a little better justice than I can at this time, succinctly describing this important concept. By Asiaprod:

For those unsure of what Synchronicity is a short explainer follows.
Carl Jung describes Synchronicity as the “temporally coincident occurrences of a causal events”. Jung also spoke of synchronicity as being an “acausal connecting principle” (ie. a pattern of connection that is not explained by causality). Plainly put, it is the experience of having two (or more) things happen simultaneously in a manner that is meaningful to the person or people experiencing them, where that meaning suggests an underlying pattern. It differs from coincidence in that synchronicity implies not just a happenstance, but an underlying pattern or dynamic that is being expressed through meaningful relationships or events. It was a principle that Jung felt compassed his concepts of archetypes and the collective unconscious, in that it was descriptive of a governing dynamic that underlay the whole of human experience and history—social, emotional, psychological, and spiritual. Jung believed that many experiences perceived as coincidence were due not merely to chance, but instead, suggested the manifestation of parallel events or circumstances reflecting this governing dynamic.

What I see is that synchronicities are all around us, every moment of everyday. It’s just simply a matter of tuning in so to speak. Well, tuning in AND listening, with listening as the key component and catalyst for understanding. Many of us are hearing them and or ignoring them, though. Fortunately astrology can lend some light to those synchronicities that we may be experiencing.

Here’s an example of a synchronicity on 1-10-2012, at 8:02 p.m. in Fort Worth, TX. On that day I was just surfing the web and ran across a few headlines on Yahoo! News: A little girl and a Lion , Russia’s new superweapon , and residents of Nome, Alaska badly in need of fuel.  I started with the little girl video, she simply stared at a male lion as he was throwing a tantrum, remaining calm the entire time, inches away from him on the other side of a viewing glass at a zoo in New Zealand. The next story was about Nome, Alaska residents burning thier belongings to remain warm in -45 degree temperatures because that they had ran out of fuel. A Russian tanker, the MV Renda, is on its way following the USCG Icebreaker Healy. The next is about super-weapons throughout history with some simply fabricated to cause fear and suspicion to other governments. I was simply looking at the headlines. We have an upset lion, a brave little girl, weapons, boasting, Russia, and bravery. I remembered a story that I had read in a comic book a long time ago about some stranded passengers and crew on a Russian tanker–they were desperate trying to survive. Let’s take a look at the chart of the moment with Algenubi, the Head of the Lion rising in the East along with a Leo Moon.

According to the references compiled by astrology-central.com , Algenubi is a fierce star having the nature of Mars and Saturn, the two traditional malefics. The author quotes various sources with Robson giving it as, “…bold, bombastic, cruel, heartless, brutish and destructive nature but [having] artistic appreciation and power of expression.” Astrology-central.com goes on to quote Ebertin, “[c]redited with properties such as conveying higher spiritual gifts of the Logos to those men who are able to conceive them. In primitive natives, this star may become a danger, if bound up with a poorly placed Saturn or Neptune, severe psychological depressions are indicated and possibly even suicide. In conjunction with a ‘strongly’ placed Mars, the Lion’s Head will make for feverish diseases and if conjunct with Uranus, dangers of accidents are present. Bismarck had this fixed star positioned exactly conjunct his Ascendant; this fact as well as the part played by other configurations gave this chancellor his mental superiority. (Ebertin).” From R. Hinckley Allen’s 1899 book, Star Names and Their Meanings, we read that,” [t]he Arabians designated this as Al Ras al Asad al Janubiyyah, the Southern Star in the Lion’s Head; but by us it is practically unnamed, although the Century Cyclopedia says ‘rather rarely Algenubi.’ With μ, it was Al Ashfar, the Eyebrows, near to which they lie. It marked the 14th ecliptic constellation of Babylonia, Rishu A., the Head of the Lion.”

This brief little connection in time was fascinating and very apt for the moment describing Algenubi. A little girl staring at an enraged male Lion, right between his eyes as he furiously tries to slash at her on the other side of the glass and she doesn’t even move an inch. The Russians in the news with the above stories as well as the protests in Russia against another term with Putin as president, we can see both sides of the symbolism of what this star has to confer. Lots of “acting out,” as well as the potential for a higher calling as the above Ebertin quote suggests, i.e. the Russian protesters boldly demanding change in a closed off political system. The crew of the Russian tanker MV Renda must be among the bravest sailors to deliver fuel to Alaska in the winter–this is practically unheard of. Then we have the destructive side of the star with the announcement of Russia’s new, not kidding, S.A.T.A.N. superweapon (the story goes on to comment that countries from time to time talk about new weapons that they never intend to build as a political tool to rally the masses and frighten the enemies). A Lion throwing a tantrum yet again. (Russia’s last three Moons have been in Leo as well with the current Russian Federation Moon right on Regulus, the Heart of the Lion–The Russian Soviet Federative Socialist Republic on November 7th, 1917 with a Moon at 21 deg 8 mins of Leo–we may need additional confirmation on the birth of the U.S.S.R on December 10th, 1922 with a Moon extremely close to Virgo at noon that day but well within the stars of Leo.)

One of the things with synchronicities is that sometimes we just have to go with what we are seeing and hearing and just “run with it” so to speak. Some may see this is a struggling to derive meaning from nothing and there is certainly nothing wrong with this view per se, although this is rather unfortunate in my opinion. Synchronicities have validity of meaning (or else we would not notice the connections!) and serve to connect the dots between both glaringly obvious events and not so obvious ones alike. The more that we are willing to stretch our imagination and pay attention, the more that we can see what the Universe is attempting to convey through the stars and planets. Astrology is the worlds oldest science for revealing meaning and the truth in the meaning is evident in the stories that it tells…synchronicity tells us when we should be paying attention. 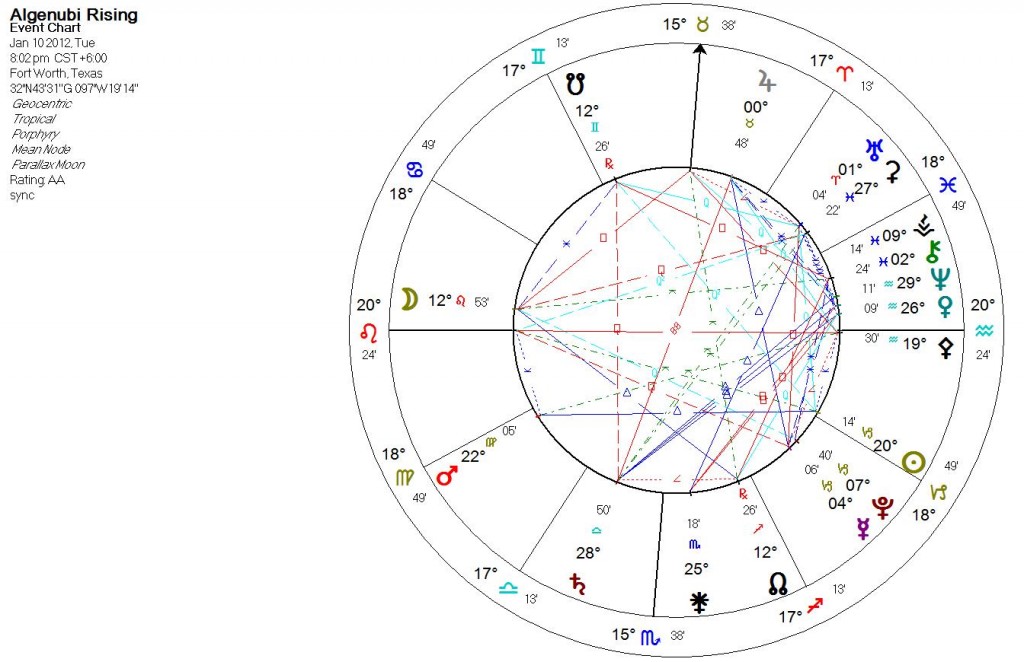 Ras Elased Aust or Algenubi, “The head or mouth of the Lion” rising at 20 deg 52 min Leo

Drag this to your Windows taskbar to enable special IE9 Features.