If you were to ask me which professional level astrology software program (app) could I buy for for the Apple or Android market, then I would have to regrettably confess that there aren’t any. Yes, that’s right. In the year 2015. There really isn’t a single pro level astrology software program out there for the Apple iOS or Android worlds. But there are some that come close–in certain ways–and that is another confusing and little understood topic in and of itself–that’s why I’m writing this article. To help those, like me, who are absolutely frustrated with this situation. And, by the way, I’m talking about astrology software for tablets and phones, Apple and Android only. As far as Vedic astrology goes, there are many of those programs out there on the Android marketplace and there may be some that are really good. But this article will only focus on the typical Western astrology side of things. [Important: Please read the Updates at the end of this article!] 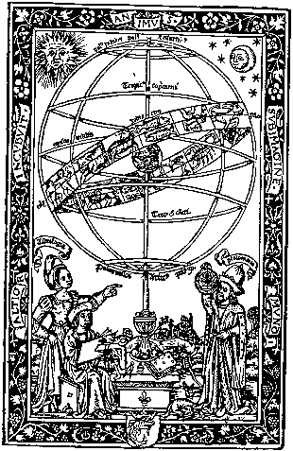 I’ll start with my recommendations and elaborate briefly why I’m saying what I’m saying about them. Before I start, though, let me define professional astrology software: this is software that very nearly does it all: transits, progressions of all types, directions of all types, returns, graphs, search options, bi, tri and quadwheels, all of the house systems and sidereal zodiacs, harmonics, relocation, astromapping, ancient and modern techniques, tabulations, fixed stars, parans, ephemeris/aspectarian/calendar generating, interpretations, various reports and the list goes on and on. You can use this kind of software for just about any astrological purpose, including but not limited to astrological research. What are the professional software programs that are available today and what operating system are they on? Invariably, the vast majority of your choices, in fact nearly all of them, are for the PC. Programs like Solar Fire, Sirius, Janus, Win*Star and Time Passages (also there’s a Mac version). I’m not going to get into web based options here–yes, I know there are some good ones out there but they just don’t approach what you can do with programs like the ones mentioned above.

Recommendation #1) If you simply must have professional level software on a tablet, then the best thing that you can do at this point is to invest in a Windows Surface or similar/adequate PC based tablet that can run the aforementioned software. I know, this article is supposed to be about the Android and Apple mobile tablet and phone markets but I had to get this out there!

Recommendation #2) Buy an iPad, iPhone or iPod and purchase two apps: Astro Gold by Esoteric Technologies AND Time Passages Pro by Astrograph. These are about as good as it gets, folks. Transits, Solar Arcs, Secondary Progressions, Solar Returns. However, they do actually compliment each other quite nicely and the graphics are good. Can you work with a client using this software and get them the same professional level reading that you could with Solar Fire/Sirius at home on your desktop computer or laptop? Perhaps, depending on what you’re looking at. Maybe in a pinch. Are these apps sufficient for research purposes? No. Are they good enough for when you’re on the go? Probably. I think that you can get by with these two, especially if you are at the beginner or novice level or simply don’t have a need to do that much work with astrology most of the time. But if you are learning and just starting out, then you can’t go wrong with these two–assuming that you don’t have a dedicated laptop or desktop of either a PC or Mac.

Recommendation  #3) If one was to own an Android phone or tablet then they can purchase Astrological Charts Pro by RS-ASTRO-DEV. Another one is Aura Astrology Plus. Let me warn you here, though. These are a bit clunky. For example, Astro Gold is what one might call, “streamlined.” If you have been working with Solar Fire for many years then you will appreciate this program, after all, it’s from the same developers as Solar Fire. But with these two there is a learning curve and you will have to do some experimenting to see how the software works. Both of these are graphically pleasing. Also, there are various versions of each but I am only commenting on the “top of the line” apps. Both of these will do solar and lunar returns. In fact, these programs will do more kinds of calculations than Astro Gold and Time Passages, like lunar phase returns, midpoint listings, planetary hours, directions, profections, etc. There are more than a few other programs out there for the Android that will cast charts but these two approach pro level as far as apps go. And if you’re spoiled on pro level astrology software, like me, then they will take some getting used to. Great overall efforts, though, on behalf of these developers.

There are various reasons why a dedicated pro level astrology app has not yet been released for either the Android or Apple tablet/phone marketplace (and I’m speculating here): development costs, screen size/resolution, demand, asking price for the final product, etc. I’m sure that it will get there eventually, though. When, I cannot say. I do think that there is a natural perception about the cost of apps in general and perhaps even a bias against more expensive apps, whatever the capability. We in the astrology world know those who wouldn’t even bat an eye at spending 200 or more on an upgrade to their existing astrology software but may balk at having to spend 40 for an app, although the app may be quite good. There should be a conversation between serious astrologers out there and those in the development world.

For me personally, yes, I’m willing to spend the exact same amount for the exact same program that I already own on the PC for an Android or Apple version. Or even something with just a bit less on features but much more than the apps that I’ve mentioned thus far. That would be fine. I think that effectively communicating the gap here is the key. And to know that not all programs are created equal. And with that said, I’ll end this article here. You can email me from the contact page or comment below. BTW, you can visit Hank Friedman’s site for some great commentary on astrology software and reviews at Soul Healing. Thanks everyone–Thadd:::SignsInLife

[Update: 12/2/2015. I recently downloaded Astro Gold for the Android, supposedly released the end of Nov 2015–what you basically have is an exact copy of what you get on Apple’s iOS sans a handful of useful report options (Interpretations, Essential Dignities, Transit Listings and Professional Reports ). Having these would be immediately helpful for the Android. I’m guessing that they will soon add all of what is available on the iOS to the Android but it could not be soon enough. And as it turns out Astro Gold is available for the iPad and this one sneaked past me which was either my fault or I was simply misinformed. At the time of the writing of this article back in April 2015–and I checked at least a few times with my iPad–Astro Gold was not on the list for iPad….but now it is. And it’s available for the OS X as well, which has been a long time coming. Now all we need is a Cosmic Patterns product to “one up” Astro Gold on either platform.] [Update: 5/4/2015. Following two or three conversations with Hank, I thought that I would include a few more “honorable mentions” so to speak. iPhemeris for the iOS (and now for the Max OS X) and Planetdance for Android. Although Hank did review Planetdance, I decided to leave it out of the main article. To be honest, it is graphically unpleasing and clunky in my opinion. What you can get as far as performance goes is close to the others mentioned for the Android. I think that this developer should partner with any number of the “chart only” app developers so that they can handle the graphics end of things. And when it comes to selling software–Yes–looks do matter to a degree as astrology charts are a graphic display after all! Try it out as it may be what you are looking for.

As far as iPhemeris goes, well, I just left that one out all together and that was my fault–I simply forgot it was there on my phone! After going through a few test runs with it, it is promising and there are more features available with it than with Astro Gold and Time Passages Pro. Maybe buy all three?? I wouldn’t discount that for now if you are solely working off of your iPad or iPhone for all of your astrology calculation needs.

All in all, Astro Gold looks to be the front runner in the near to mid future as far as getting us to that elusive pro level status goes on our tablet/phones. This is what Hank thinks and I’m going to agree with him. Why? Because they have the development support and have consistently added features over time. Next in line would be Time Passages and iPhemeris–all of these three for the iOS thus far. And for the Android side of things? Well it’s anybody’s guess. Like I wrote earlier, the Android programs still offer more features and calculations options–pound for pound–than any of the iOS apps mentioned. But it’s the usability that I’m worried about. Can I get “hooked” on any these day to day like I am with Solar Fire on the PC? There’s a slight chance but not likely. It’s that streamlined experience, usability, features, accuracy and decent graphics that I’m looking for as well as all of the calculations options.  We shall see. Thadd]