The Moon or Luna has just left Tropical Cancer and I just realized that the Moon has been around in my mind for the past couple of days or so. Moon this and Lunar that, even Looney Tunes on the TV while chatting with a friend about the Moon in her chart and my mother calling to see if I had time to stop by (she also reminded me that a couple of retired relatives would pick her up from the airport if I did not have time, will get back to this later). The movie Hellboy (based on the comic book series of the same name) was on last night as well and if you have seen this movie, then you may remember near the end when Hellboy is compelled by a dark magician to allow the Cthulonic forces to enter the Earth through an enchanted Full Moon engulfed in flames. According to the magician, Hellboy is required to do this because that is who he is and this is what he was born to do as a magical creature so to speak. Forgive me but its been a while since I have seen the film and some of the details are forgotten. Hellboy is actually a pretty nice guy defeating all kinds of wickedness, even saving a basket of kittens. The point is is that the Full Moon scene is where Hellboy kind of loses it for a brief moment, forgetting the normal concsious self that he knows himself to be and allowing another heretofore unseen unconscious being to emerge from deep inside him, another strange and yet familiar aspect of himself, ancient and wise and yet fully compelled to carry out this strange mission. 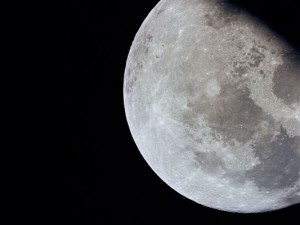 But what in the world does an unlikely example such as Hellboy, mothers, Looney Tunes and the Moon have in common you might ask? More than you may be aware. In astrology the Moon rules your reactions, your personality your ability to take care of yourself, your mind/emotional complex and the unconscious mind. It also has much to do with you body type and eating habits. Do you cook for and feed others or simply get the sustnance that you require as needed? Here’s an important question: What do you feed your mind? There are several layers here with the Moon each representing an emotional dimension that is undeniable and yet uncannily elusive. The Moon causes us to become briefly engaged with a particular thing and then almost imperceptibly and without much fuss nudges us along to something else without even realizing it. Are we being guided or simply behaving as drones? Deeply ingrained memories from childhood are located within the Moon as well as memory itself. In mundane astrology, the Moon calls our attention to the court of public opinion, the shifting sentiments of the people and ages old folksy wisdom that just makes sense. This folksy wisdom may or may not be common sense…

Steven Forrest has commented and written about Luna extensively, drawing on ideas from the Moon as governing our ancestral DNA and the tribe that we come from. Ancestors from the past and deeply ingrained and inherited traits and characteristics are shown by the Moon and its nodes in our natal chart. Our collective maternal mitochondrial DNA can be traced back to many, many thousands of years ago back to a single mother. But how do we evolve, grow, change and become different and is this OK with our Moons? To be honest the Moon wants us trapped in the Matrix where we are safe as that is her job. And she doesn’t even have to think to do this, as this is instinctual. Did your mother go crazy over that idea that you had about joining the military or backpacking across Europe? While she may have been outwardly excited, I don’t think that there are that many mothers out there who can say that without reservation that their kids doing whatever they wanted, when they wanted to do it was OK. Even the man who coined the term OK was the Cancerian U.S. President Calvin Coolidge. The Moon asks, “Is this OK with me and my loved ones?” And sometimes, “It’s going to be OK because I am the mom and I say so!” Some of us may remember the one time that mom really got mad. Not a good idea.

Back to the retired relatives before I forget. One is a Cancer Sun man and his wife a Cancer Moon. I have known them since childhood and they are very proud of their family and are constantly cooking and having family over for dinners, parties and family reunions. For them its family, family, family day in and day out all of the time. And they are also always there when you need them. They are also expected to do certain things that they shouldn’t have to–like pick up everyone from the airport. For me, these out of line expectations from everyone else that are just ingrained into normalcy over many years are just lunacy. These Lunar habits are what we have to come back to every now and then to examine logically. And this cannot happen from our own illogical Moons. We really need to see our own reflections every now and then and that’s what the Moon does for us when we let it. Simple observation can teach us much about astrology.

In sum, the Moon is special and possessive, nurturing and yet smothering, forgiving and yet remembers everything. If you ask for the keys she may say no now but all you have to do is try again when she is in a better Mood (no pun intended) as that is where the word comes from, with the word Month as well which closely approximates a complete Lunar Cycle as Steven has reminded us. The Moon is truly fascinating to behold and represents the essential divine feminine principle as a Holy Vessel. We carry her with us everywhere we go. The choice lies in either blindly following or consciously traveling the Lunar path of emotional wholeness, revealing that our lives go in cycles and we eventually do come full circle…