First, I would like to personally thank Dr. Schoch (pronounced “shock”), his wife Katie Ulissey, Randy Davila (Hierophant Publishing/Hampton Roads Publishing) and the staff at Insight Events USA for a great two days last weekend. This presentation was informative as well as provocative. Dr. Schoch presents real and clear evidence that our world civilizations go back much further as expressed through the foundations of geological science and of the correct application of painstaking, hands on geological work. In short, Dr. Schoch goes where the evidence leads and over the years he has come to the conclusion that the Sphinx is much older than previously thought, nearly an astonishing 11,000 BCE and predates the great pyramids by thousands of years. 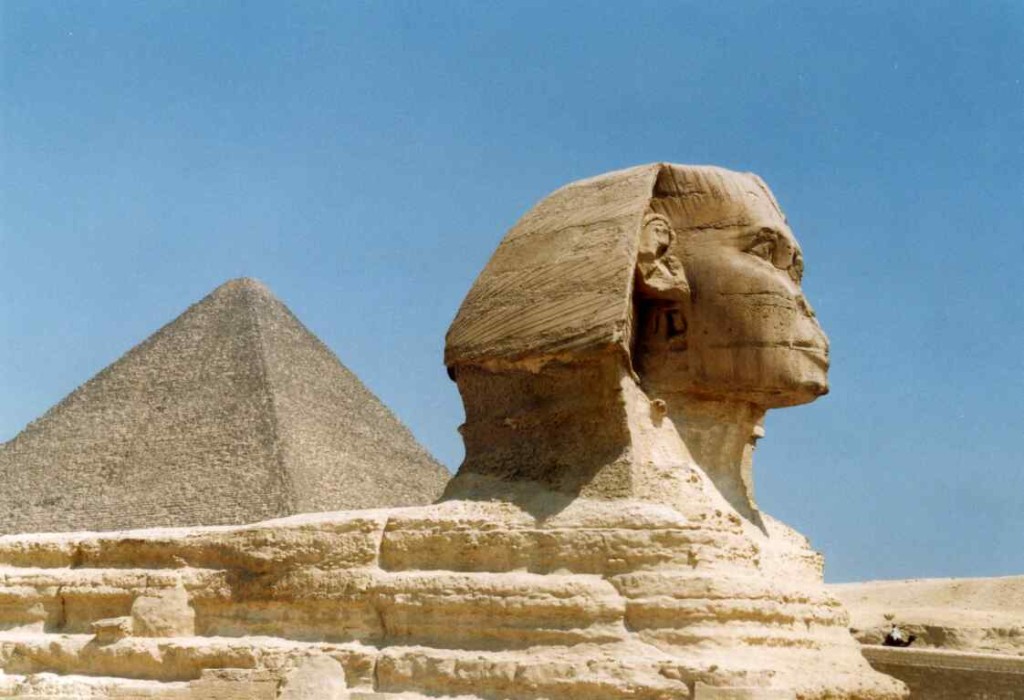 The implications for civilization are many. For one, the standard “Childean Paradigm” as Schoch proves false (in which man is on a one-track linear progression from a beginning as savages through barbarism leading to modern civilization) has misled the academic community for many years. There really hasn’t been enough “science” in the areas of archaeology, anthropology and especially Egyptology. The systems that are currently in place that protect and allow for future discoveries in these ancient sites in the Middle East and around the world are woefully out of shape, underfunded, underestimated and more significantly, simply misunderstood. The right people need to be allowed to further real scientific work on these sights and Dr. Schoch and his team are helping to lead the effort. Read about his new effort to organize a new approach to solving these critical issues impacting the world’s archaeological heritage here at oraculonline.org.

But what of the implications on astrology? The answers are even more surprising than one may assume. The evidence for the existence of the original 12 signs of the zodiac and their stellar correspondences going back to at least to the time of the Sphinx (strongly corresponding to the Age of Leo and moving backwards through the order of signs ending at the Age of Aries) is becoming more and more apparent as other ancient sites are investigated, including Gobekli Tepe in Turkey. It is clear that the ancients were star watchers. Constellations and star groups (aka asterisms) such as Orion as well as Sirius the “Dog Star” were vastly important to the ancient world.

Various zodiacal signs are reflected in particular Egyptian “motifs” that correspond with the ages that they were created in, especially with the Age of Taurus the Bull and the Age of Aries, the Ram. The times of the Two Kingdoms of Upper and Lower Egypt may have originated in the Age of Gemini, the Twins, which would have occurred prior to the Old Kingdom (Age of Taurus). Each astrological age is approximately 2,160 years in length, as the fixed stars progress through (moving forward) the tropical zodiac at a rate of one degree every 71.5 years. Conversely, the Equinoxes and Solstices move backward through the background of fixed stars, namely the 12 signs of the stellar zodiac, Aries through Pisces. Both “zodiacs” move against each other so to speak. An entire cycle of precession is known as a Great Age and is 25,920 years in length. What is interesting is that we are nearly on the opposite side of the precessional time frame that corresponds with the Age of Leo and the creation of the Great Sphinx. Dr. Schoch’s work certainly leads us to this conclusion.

As far as the Age of Aquarius is concerned, the question is almost always, “Are we there yet?” I believe that the answer is technically no, however we are certainly on our way. The “motifs” of the time of the Age of Pisces are still here–religious wars/dictatorship, sacrifice, separations, prisons, popes, psychopathic CEO’s, atomic weapons, dirty energy (oil), chemical pollution in the world’s waters, and a “what’s mine is mine” attitude are all still here. Pisces can be quite violent (paradoxically), remember that it is a dual sign, like the other mutable signs. It essentially represents certain types of opposites and yet represents synthesis. The two fishes go to extremes and can be represented by the idea of quantum “entanglement” theory, no matter how far apart two things are, they are always connected. There are many corollaries to what this age represents and we must come to terms with how and where we stand but the waters are still muddy, so to speak.

Moving into the Aquarian Age brings the “Man” to the center spotlight or rather humanity as a whole. In this new age, we will all be friends or at least more friendlier towards one another and yet there will most likely be less emotional connection. Nevertheless, as Barbara Hand Clow has put it, it will still be an Age of Light, or coming out of the darkness. I truly believe that we are waking up out of a dark age or a “Kali Yuga” as the Vedas have called it, an “Age of Ignorance.” The Water Bearer brings technology, understanding, community, airwaves, electricity and lightning fast communications. It is an age where knowledge will be obsolete as Sugata Mitra (2013 TED Prize Winner) has so eloquently put it. This man has essentially summed up the age that we are emerging from (Pisces) and described the age that we will soon be officially entering (Aquarius). Do yourself a favor and listen to Mirta’s “School in the Cloud,” as it is a call to awaken to the emerging Age of Light, the coming Age of Aquarius. Thadd:::SignsInLife