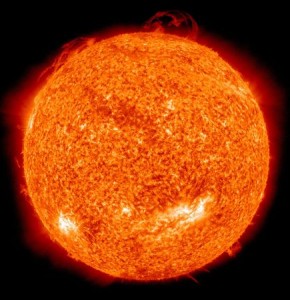 It is simply one of the most undervalued measurements when dealing with planetary interaction, placement and quality of energy. But what is declination? It is the measurement of the angle between a planetary body’s inclination to the Earth’s celestial equator. At the Spring and Autumn Equinox, the Sun’s declination is 0 deg 0 min giving us equal day and night. With the Winter and Summer Solstice, the declination is nearly 23 deg 28 min South and North respectively. Here we have our shortest days of the year in the Winter and the longest days in the Summer. You can imagine this by visualizing the Earth tilted toward the Sun while traveling in space in the Summer time of the northern hemisphere. 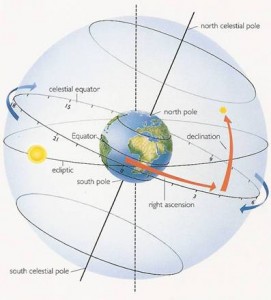 The planets and the Moon move along this frame of reference as well, with the Moon moving quite fast. The Moon’s nodes have declination and when we have an eclipse, the Sun and Moon are near or on the same declinational values as the nodes and they will be either parallel or contraparallel. (The nodes are where the Moon’s path crosses the ecliptic, north and south.) Planets are parallel when they occupy the same degree in declination in the North or South and are contraparallel when in the same degree with one planet in the South and one in the North or vice versa. When planets are conjoined in celestial longitude or zodiacal degree and parallel then we have occultations and eclipses. These are deemed to be quite powerful. Astrologers of the ancient past would see these celestial events as important signs or omens for things to come. In personal horoscope readings a planetary eclipse magnifies the energy of the planets many times regardless of sign placement. Contraparallels are strong as well when coupled with oppositions (180 degs) and quincunxes (150 degs).

Here’s an example. Someone with a Venus parallel or contraparallel Saturn may always be wondering where that dampening feeling on their social life and relationships is coming from. Another with Sun/Mars or Sun/Pluto, parallel or contraparallel, may be an exceptionally strong fighter or athlete and a Mercury/Saturn may provide the person with exceptional scientific or technical reasoning. The late Al H. Morrison thought of declinational aspects as a kind of “backup system” whereby the traits and characteristics of two or more planets aspecting in declination behave in a more ingrained or unconscious way, less noticable to the person in question. While one aspect is not enough to tell the whole story, what is going on in the declinations may confirm or deny judgments made by the astrologer one way or another with energy operating either below or above the surface.

The days are getting longer with the Sun emerging from the depths at 0 degs tropical Capricorn, moving Northward in declination. In many ancient cultures this represents the Hero Sun-God victorious in battle (Nordic). Longer days are something to look forward to in the long winter regions. Many of us are looking forward to the next year as well, excited about the possibilities of what 2012 will offer. I will leave with a spontaneous poem that I wrote recently…Happy New Year!!!

You see it when looking at the night sky

but forget as soon as you say goodbye

the distance between the planets, conjunct or not

forming angles between, triangles a lot

planets standing side by side

off the path the Sun walks astride

yet the Steps of the Sun as they are often known

Are connecting beings of Light, Their meaning is shown