I recently listened to an excellent radio interview in which the astrologer host commented that, ” […] Chinese astrology, which actually isn’t really even astrology, there’s no stars involved in Chinese astrology.” And to be honest, this bugged me a little and later inspired me to hunt down an over three year old email correspondence involving myself and another outstanding, well known astrologer. In the email the astrologer found it interesting that we called Chinese and Tibetan astrology astrology at all since they really have “nothing to do with the sky.” Similar comments have been relayed to myself over the years from other astrologers who are aware of my interest in the Chinese Four Pillars, a.k.a. Ba Zi. And as these and similar beliefs are probably more commonplace among the English speaking Western astrology crowd than the rest of the world in the East, I thought that I would attempt to share what I know and make a few observations and counterpoints. 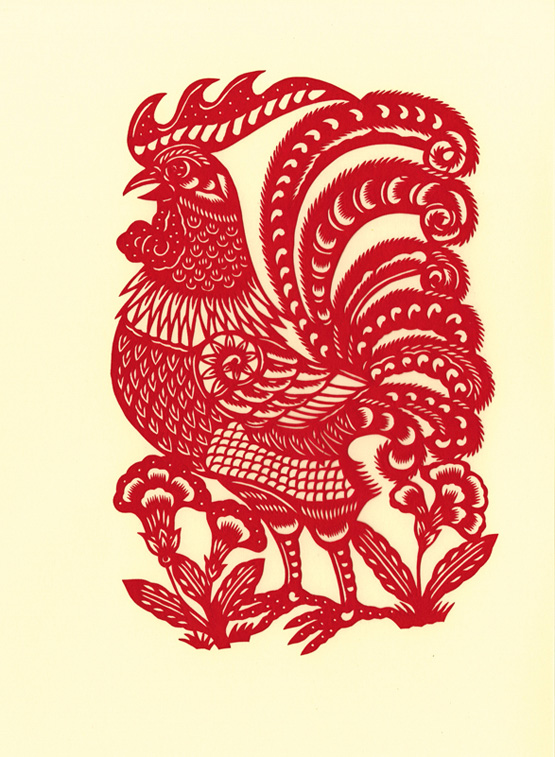 First, I can only assume that Western astrology practitioners who refer to Chinese astrology are, at a minimum, referring to the element/animal combination of the year or more correctly, the year pillar, with a particular Chinese animal year in question and with this year pillar alone forming the entirety of Chinese astrology in Western astrologer’s belief. I’m also assuming that they are aware that the year pillar is derived from the Chinese ten thousand year calendar and that this calendar is based on solar and lunar cycles. A far less percentage of Western astrologers would be familiar with the Chinese Four Pillars, a.k.a. Ba Zi (“eight characters”), which is but one system of Chinese astrology, albeit the most popular and well known which includes element and animal combinations, pillars, for the hour, day, month and year, again drawn from the astronomically based ten thousand year calendar. To give a simple example of the former, let’s say that John is born in the year of the Fire Ox, or more simply the year of the Ox and that is it, no further elaboration needed as we refer to the Chinese animal sign place mat at our local Chinese fine dining establishment. Many pop Chinese astrology books written in English will take it one step further and then base the description and fate of the Fire Ox person on the current year in question and as we are currently in the year of the Fire Rooster, then that would be theoretically great for John as the Ox and the Rooster are best friends. Of course that basic analysis is probably wrong as are many Western Sun Sign horoscopes and delineations. Both of these, Chinese year and Western Sun Sign horoscopes, are primarily entertainment oriented. And yet there are always rare exceptions but that is neither here nor there so to speak.

Moving on to the later example, utilizing the actual Four Pillars system, let’s say that John has a fire day master or rather is a fire self element or simply fire self. He has the Wood Pig as the hour pillar, Fire Snake as the day pillar (making him more specifically a yin fire self), Wood Dog for the month and Fire Ox for the year. Now we need to calculate the luck cycle but we need the day of birth. From that day of birth in the Chinese ten thousand year solar/lunar calendar we will count backwards to the previous climate divider (climate dividers are the days when the Sun reaches 15 degrees of the Western tropical signs, of course, that is the beginning of the Chinese animal signs by the reckoning the Chinese ten thousand year solar calendar) and then divide by three and this will give us the year that the luck cycle starts. But John is a fire self and we know that the rooster fills in the remaining animal of the metal trinity…Do you see where I’m going? This is a complete system of astrology devised within the Chinese cosmological/metaphysical conception and yet many Westerners do not even know that it exists or what it is called–Four Pillars a.k.a. Ba Zi. However, the question remains, is the Chinese Four Pillars system, Ba Zi,  astrology per se? Even more simply, do the Chinese years and their respective animal/element combinations count as an astrological system?

Let’s tackle both questions at once. If one considers the lunation cycle a part of Western astrology and if one considers the yearly solar cycles a relevant part of astrology or even if one considers any planetary cycles at all a part of astrology, however simple the cycles may be, to be a part of one’s conception of Western astrology, then one must accept that the Chinese Four Pillars of Destiny, Ba Zi, is also astrology! Why? Because the Four Pillars is in part based on the most essential cycles of the Sun, Moon and Earth, (technically a synodic cycle) astronomically calculated and relayed to us via the Chinese ten thousand year calendar from which we as astrologers then derive astrological meaning. Every New Moon, we arrive at a new Chinese Lunar Month or when one is using the Solar calendar, then every 15 degrees of the Western tropical signs we get a new Chinese Solar Month as mentioned before. What is Western Sun Sign astrology in it’s simplest manifestation than the Sun transiting through a sign and that being the sign of ones month of birth? If the Chinese Four Pillars or even the Chinese year pillar symbolism are not astrology then neither is Western Sun Sign astrology! In fact we get 60 possibilities with the all of the animal/element combinations for the Chinese month, Lunar or Solar, giving us a total of five years of 60 different months. With Western astrology you get 12 signs per year. I really don’t like making that comparison in that way but I feel that it is necessary at this time.

Astrology, at it’s core fundamentals deals with cycles first, witnessing each planet or body return to it’s selected beginning place. In fact the Earth spinning one time on it’s axis is the “primary motion” of ancient Western (and perhaps Eastern) astrological thought. For if the celestial bodies never moved and were simply static then there would be no change in the celestial order of things. Astrology is a study of celestial change and a study of astrological cycles, however basic and simple they may be, which give us the definition of the regularity of movement of the celestial bodies starting with our own Earth around the Sun and the Moon around the Earth. In essence, if it’s astronomical, then it was always astrological before that time as celestial meaning predated calculation ability with cycles being one the primary first known celestial phenomena to be recorded.

Another observation: Jupiter, known to the ancient Chinese as the “year star” and the “wood star” as well as to other Asian cultures, changes signs once a year, in whatever 12 sign zodiac system you recognize. The Chinese years correspond with one animal per year giving us the total of 12 animals for the nearly 12 years that Jupiter takes to go around the Sun. It is a simple cycle, I do agree, but does that simplicity cause it to fail to be astrology, or at least represent a factor within a particular astrological context? Consider the planets themselves as they each correspond to one of the five Chinese elements: Jupiter is represented by Wood, Fire is represented by the Sun and Mars, Earth by Saturn, Metal by Venus and Water by Mercury and the Moon. These five elements are understood by Chinese metaphysical practitioners to be transformations from one form of energy to the next, therefore the word “element” is just a name in a sense. In the West we have a somewhat different view of the elements as they have gained a more subjective and psychological orientation throughout time; but it wasn’t always that way as the ancient Western view of the classic four elements (fire, earth, air and water) were seen as much as cosmic qualities that imposed particular conditions on man and the natural world around him, than a lens from which man viewed the world. In fact, the elements were as “natural” as natural could be, birthed from the interaction of a celestial sky and a mother earth, and that is not to deny their psychological impact in the modern/post-modern understanding at all. Interestingly, the four elements were at one time viewed much as the Chinese five elements were in ancient times–transformations–and yes, the classic four elements had their planetary correspondences as well. (Do an online search for triplicity rulers and the ancient Greek view of the planets). But I digress.

Perhaps what I should have mentioned earlier is that the Chinese Hsiu, or Chinese Lunar Mansions, of which there are 28 total and two varieties, irregular and regular, are based directly on certain fixed star positions. The Moon travels through these mansions in it’s regular course and through these mansions it causes various astrological effects. Does this sound familiar; Vedic, Celtic, Arabic astrological lunar mansions? This fact alone completely invalidates the belief regarding Chinese astrology not being astrology and I’m not pointing fingers–just simply stating a fact. There are other Chinese astrological systems that certainly use planetary positions just like we do as Western astrologers, except one ancient version uses a circumpolar frame of reference (see The Complete Guide to Chinese Astrology by Derek Walters, Ch. 6, The Astrological Treatise of Ssu Ma Ch’ien). Another version of Chinese astrology, utilizes the ecliptic and celestial equator (and later in time, heliocentric dimensions) as a frame of reference just as Western astrologers do. This system is fairly well know the world over as Magi Astrology. In fact, this particular hybridized system of Chinese and Western astrology traces it roots back to 17th century Renaissance Europe and China. According to the Magi Society, this secret group formed on mainland China on the Spring equinox of 1625.

Maybe the best answer to the belief and assertion that Chinese astrology is not astrology are a few questions: What Chinese astrology is one referring to, when stating that it is not astrology? Are non-Western ancient calendars that are based exclusively on the movements of the two most important and significant celestial bodies, the Sun and Moon any less astrological than our simple Western farmers almanac or ephemerides? Do we owe it to ourselves as astrologers and astrology investigators to reserve judgment on any particular system of astrology until we have gathered and examined enough facts regarding the system under discussion? We will all have to, ultimately, leave those questions up to the minds of the individuals examining and comparing the various ancient and modern astrological systems of the world. But I don’t want to leave this article on such a serious note. I know that many astrologers in the West are simply not aware of Chinese astrologies, or rather the various Chinese and greater Asian astrological systems, as there are undoubtedly several variations on any given Chinese astrological system. What I hope that this article achieves is a bit of food for thought for the Western astrologer who is curious about the astrological systems of the East. There is much to offer the Western mind from the Eastern perspective.

Contact me with any questions or comments that you may have about this or any other articles on this site. A short, basic description of the Chinese Four Pillars system, Ba Zi, with four celebrity examples can be found here.

Thank you for reading and many blessings,