I thought that I would include this article on the site and this is probably the first of it’s kind–an actual non-astrology related article! But I think that it does apply as I have had those paranormal moments with a client here and there while doing a reading or session. Sometimes the information coming through is “spooky” for lack of a better word. And for whatever it’s worth, you may gain something useful from asking yourself a few questions about your own beliefs and doubts, whether that be about the paranormal, astrology or something more mundane and practical. I think that many of us both believe and doubt without really knowing why and that a skeptical mode of inquiry every now and then is in order. The inspiration for this article is born out of listening to nearly every archived show on Spaced Out Radio and Spaced Out Weekends, over the last several months, as my curiosity in the mysterious side of the universe is only growing. I would like to personally thank the hosts of Spaced Out Radio (SOR), Dave Scott, Elizabeth Anglin of Psychic Sundays and the various hosts of the Saturday night show, now Joe Rupe. I know that you will love their shows as much as I do and if you are a fan of the old late night radio style then please consider donating to the SOR cause of going mainstream here at their GoFundMe page as the SOR team has been working hard for three solid years now, perfecting the late night paranormal radio platform, gearing up to go mainstream. Many thanks again to the SOR team, guests and listeners! 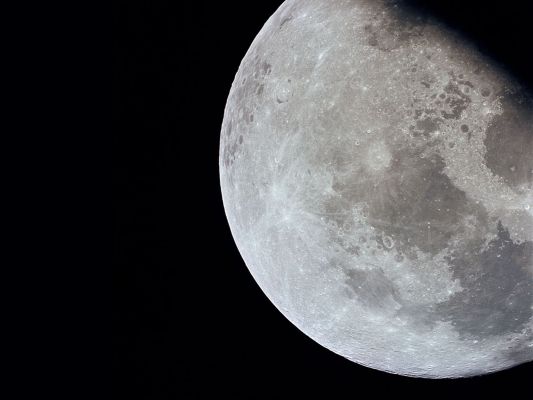 Over the last couple of months I’ve been going through various definitions revolving around the ideas of belief and belief’s opposite idea (presumably doubt and skepticism) and what it really means to believe something, to be skeptical, cynical, etc., particularly in the paranormal field of inquiry. The basic problem is that these definitions have changed over many years and vary in meaning from place to place and especially recently with regard to the term skepticism. Skepticism and the term “skeptic” is generally applied to anyone who is against and/or doubts the belief or positive assertion of any given topic but this use of the term is disingenuous as the actual definition is closer to a suspension of belief one way or the other, rather than doubt.

Belief’s opposite idea is closer to a modern understanding of the term cynic (adopting an extreme negative view on life and the motivations of others), however the classical cynic is very different from our modern, or rather post modern view of cynicism. Classically, the cynic adopts a more ascetic, “bare bones” approach to life, where self control leading to virtue is the only good one may know (www.thefreedictionary.com/cynic). The classic skeptic is a natural “scientist” examining the evidence and pondering the question of what can be known while at times arguing against the ability to know at all, eventually suspending judgment (there are a few schools of classical skeptical thought, see Ancient Greek Skepticism by Harald Thorsrud, www.iep.utm.edu/skepanci/). The classical skeptic must react to each new proposition and assertion of belief or fact while the cynic already is in the mode of “no” so to speak, as the fundamental nature of reality with regard to what is right and virtuous is already set in place in the mind of the classical cynic.

However, even with these differences in the classic to modern and now post modern views of belief and claims to knowledge, the true skeptic stands in the middle, asking the questions, considering, examining the evidence and even the question of “what can we know.” If the true scientist were to become the true skeptic, there would be much less confusion in the world as “science” would remain silent about any number of topics, eventually leading to the conclusion that one cannot know or believe much of anything, with absolute certainty, while utilizing the logical tools of the properly equipped skeptical mind following the scientific method in good faith. All true scientists must also be skeptics in the modern sense, proclaiming “I don’t know,” while it is not true for all skeptics to be scientists.

After all, the first question that the scientist should ask, with regard to any given inquiry, is whether the inquiry is subject to scientific experimentation and if so, then could that experimentation be repeatable in a given controlled setting. Furthermore, could one’s scientists cohorts review the data and/or evidence and concur one way or the other? This throws many many topics, especially paranormal topics, out of the purview and review of science, however this does not necessarily include skepticism or the skeptical mind per se. The skeptic is free to ask, ponder and question anything and, at the same time, extremely limit and challenge their own beliefs and the beliefs of others.

Getting back to the basic question of belief and doubt and the gray area of skepticism, I thought that I would offer a conceptual model for belief and doubt and I have not witnessed this model anywhere before (although I am sure that something similar must already exist). Basically, it’s just a starting place to think about where one is on any give topic. Before I explain the model, I will offer four conditions/considerations to the model: complete ignorance of the topic, a little knowledge and research on the topic, a greater knowledge and research on the topic and personal experience. The model includes belief and the believer on one end, followed by the skeptic, next by the cynic and finally the debunker. As the debunker may possess any of the conditions above and certainly has an agenda against any particular claim or belief or phenomena, and may or may not be paid for their activities with regard to the condition or belief that they are against, they are in the extreme and that should be obvious. The “blind” believer, ignorant of the reasons that they believe, without any personal experience, accepting almost anything as fact without further investigation or questioning is on the other end of the spectrum. A skeptic with great knowledge and/or personal experience with the given topic at hand is in the neutral position as is the cynic with the same or similar conditions.

On the topic of paranormal phenomena and the assertion of one’s belief, skepticism or cynicism with regard to topics in that area, they should be met with some level of consideration at all times, in short, a skeptical view. For example, a blind belief that extraterrestrials are invading the planet and will eventually destroy all living things is a particularly debilitating stance, serving little to no purpose as there is no current objective publicly available knowledge or direct evidence to support that belief on behalf of the believer (the believer may or may not be aware of this). On the other hand, a skeptic, who may assert similar leanings and may have reached similar conclusions as the “blind believer” mentioned above and displays great knowledge and depth of research into the topic, at the same time recounting their own relevant personal experiences, is in a different camp all together, however frightening.

This skeptic would naturally seek others to challenge his or her experiences and knowledge, while suspending belief as much as possible. A cynic may downplay their experiences and may have quit their investigations long ago, while the debunker will almost stop at nothing to disprove the findings, utilizing spurious claims and attempting to undermine anyone who gets in their way. Blind belief in any threatening paranormal topic of inquiry, based on complete ignorance and/or little to no research or knowledge on the topic is dangerous to the believer and those around them. The debunker, operating on an agenda, provides another false paradigm, thus twisting the topic, whatever their original or evolving condition (ignorance, well researched, personal experience), while the skeptic and the cynic hold the middle ground. I understand that this is an extreme example but I hope that it illustrates the differences between the believer, skeptic, cynic and debunker and that each may operate from vastly different conditions on the same or similar topic.

With regard to the paranormal and the question of the paranormal, the true skeptic can operate effectively in any of the above conditions, while the skeptic with great knowledge, having performed sufficient research while also having personal experience with the phenomena, stands in the best light. Many of us believe and doubt at the same time on many mysterious, unknown and paranormal topics and this is only natural. Both belief and doubt can be difficult to let go of and yet this is essential to the process of true discovery. Have you considered that any particular belief for or in something might be extremely limiting to the magnificence or ability of that person/place/thing/idea? Can a doubt support sufficient research into a topic that is critical to the future of humanity and the planet? Is the correct understanding and application of skepticism and proper science to the field of the unknown crucial to the unfolding of our current place in the universe? These are just a few questions that I hope that you will consider. Happy thinking everyone.