Most of us studying astrology grew up with the impression that Mars was just simply about energy and nothing really much more than that. You could basically substitute all of the generic, grocery store aisle horoscope readings for Aries and find the same thing written about Mars in many astrology books–fun, energetic, self-starting, enterprising, etc., etc. And this low depth analysis seemed to go on for some long period of time (and still does) as one could read this through much of the mainstream astrology pop/psychology books that are out there to this day. Do I really want an aggravated, pissed off Mars in the first house? Am I or are you a big whining crying baby if Mars is natally posited in Cancer or in the fourth house? The mundane analysis, fate analysis, psychological view or whatever view or views that you are working with have really been treating Mars very poorly…and it’s now time for this to END. Mars deserves so much more than this. 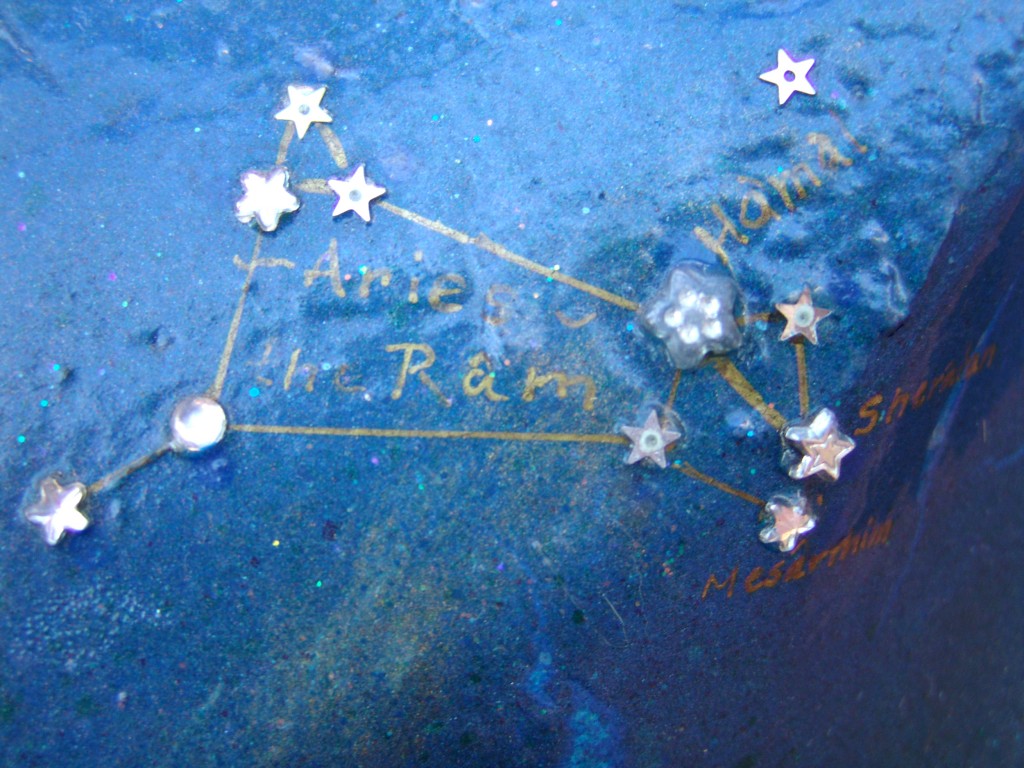 Mars is a sacred warrior that has a passion for living and he gets things done. What describes your ability to have a fighting spirit in the pursuit of a common goal with other like-minded driven individuals? Mars. As an individual fighting spirit Mars can show compassion to those worthy as well. He is unconditional in his mission to protect and serve (does this sound familiar?? It should!). Heroes, firefighters, soldiers, members of the military, policemen and women, martial artists, etc. are all under the guidance of Mars. Mars rules the male sexual libido and the drive and search for sex (among other planets). Ants are a good example of valiant Martian activity as well, protecting their mound against intruders to ensure the survival of their kin and queen. They will die in the service of what it is that they believe in and are constantly waging war across the continents. Ants and their activities of constant war waging are such a good example of what Mars is all about. Listen to this interview with entomologist Mark Moffett by Terri Gross.

In traditional astrology Mars is known as the lesser malefic (Saturn the greater), causing you much grief in your life. Accidents of all kinds, injuries, explosions, cuttings, and vehicle wrecks among many other kinds of tragedies have all been associated with the activity of Mars. He has also been made famous for activating eclipses in your chart by square, conjunction or opposition. Uranus is famous for some of this as well, seeming to egg Mars on to do even more harm (sudden more shocking accidents, lightning strikes, electrocutions). But sometimes we know better–there is that voice that tells us before we get in the car or ride the motorcycle, “you are not ready, stop, turn around, ” or “put that knife down and take 5.” We have all cut ourselves in the kitchen once or twice. Butchers, cooks, chefs and surgeons–all under the purview of Mars as well. I think that when we engage in a particular meaningful activity that we invariably invoke the planetary force associated with that activity for good or ill. Mars is honest and will let you know, “Don’t do that,” or “Go for it, now is the time to act!” But I don’t think that he is going to sit there and repeat himself, either. A nocturnal planet along with the Moon, Venus and sometimes Mercury (when rising after the Sun), Mars is less malefic and more protective for those us born at night. But whatever time we were born it is nevertheless vital to acknowledge Mars and his message in our life. We will all, at one time or another, have dealings with wounded war veterans, police, emergency personnel and yes even the tax man. Representing the Martian mission on Earth they all deserve our utmost respect and admiration. 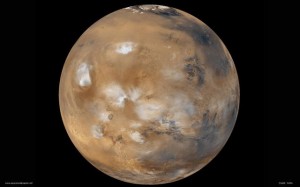 Switching gears a bit I would like to write on the intelligence of Mars. I know that for some of you this may be a little of a stretch but just bear with me as transiting Mars is right on my ascendant as we speak opposing Neptune, hence the impulse for this article and the following “out there” reference. As I was just picking up various astrology books here and there today and yesterday I ran across something that I haven’t looked at for years, William R. Corliss’ Mysterious Universe: A Handbook of Astronomical Anomalies published in ’79. So it’s a little dated but there are some great little articles in this book. In the Mars section we have a reprint from Scientific American, 134:57-58, January 1926 by William H. Pickering, Curious Geometrical Figures Appearing Upon Mars. Pickering starts the article by commenting on the curiosity of various geometrical figures appearing and disappearing on the surface of Mars; “regular pentagons,” “crosses,” and “large four-sided figures are most unusual upon Mars.” He goes on to write that, “[t]his year an unusually large and complicated figure appeared. Again it was pentagonal, apparently a favorite figure with the supposed Martians […] The pentagon of Elysium, which later changed into a circle, is of course well known to all students of the planet.” Its interesting to note that in today’s day and time the opposite would be true; that mostly non-astronomers are familiar with the geometrical figures and faces on Mars, conspiracy theories that the U.S. govt is hiding ancient alien technology on Mars from the people. But let’s hold off on that last point because we really don’t need it to get something quite profound about Mars, something that Pickering understood back in 1926. Let’s let him finish his point.

It is indeed curious that these complicated figures should occur on Mars and still more curious that they should all be only temporary […]There is of course a definite system to their customary arrangement that we are now gradually beginning to understand, and as above noted, the avoidance of large four-sided figures among them is of itself curious. Some people will doubtless believe that these designs are not due to mere accident, but are artificial, and constructed for our special edification, and as an announcement of the existence of intelligent life on their planet. If so, we wish the Martians would plant them out, or otherwise construct them, more frequently than once in every fifteen and a half years. If not due in the past to chance, we wonder very much what figure will appear at the next close opposition in 1939. However we must not expect too much of the Martians, and if they have been doing this sort of thing for the last 10,000 years or more, we must consider them to be far more persevering in their endeavors to communicate, than the inhabitants of our own self-satisfied, and very unresponsive planet.

Pickering touched on something vital and significant here about Mars, “an announcement of the existence of intelligent life on their planet,” and if you contemplate on this for just a moment, you may see an undeniable truth about Mars, the mere fact that it even has intelligence to begin with. And if we can forget about the question of whether or not there are not little green men on Mars or something less imaginable, we can see something more regarding the intelligence of Mars; geometrical, logical and changeable. A message that something is there and perhaps this is really the planet itself communicating to us on Earth. A war-like, planning kind of intelligence that is bold and yet subtle, “persevering” even as Pickering wondered. But Mars has intelligence, albeit it’s own brand along with the emotional component as well, lending Mars a special kind of singular and yet extremely powerful energetic and self-aware intelligent spirit.

I think that we can learn a lot from Mars if we listen. Thadd, SignsInLife.com