Nov 11th, 2011 is going to be one of those days where you will remember back and think about that crappy billboard trying to get your business.  Or you will remember that it is Veteran’s day in the U.S. Or we could possibly be looking at something entirely different and meaningful, containing some of the above but not necessarilly the entirety of it. Confused? That’s our friend the number Eleven and I think that it is one of the hardest darn numbers to figure out. It is known as the first “Master Number.” It cannot be reduced in numerological calculations (well, most practitioners do not reduce it anyway). Eleven represents the other option and it is neither here nor there. It is something and yet nothing all at once. If you study the Qabbalah, then you might notice that the 11th sephiroth is Da’at but is not a sephiroth in and of itself but instead connects you to the next Tree.

Eleven is a gateway or tunnel transporting us to something new, perhaps even to a new dimension (remember the 11 dimensions in M-Theory?). The mastery part comes in knowing that you have to be transported to beging with. Like a brief shining point of opportunity that you have either taken advantage or just let go, it is truly ephemeral and yet very real and very there in the present moment. However, this is a day for collective mastery with Uranus in the the first degree of Tropical Aries, transiting this degree for the last time–stationing direct on Dec 9th and leaving this all important world degree for the last time in many years on January 8th, 2012. Uranus is the modern co-ruler of Aquarius, the 11th sign, along with the traditional ruler, Saturn. Uranus is concerned with power for the people, technological advances, the mass media and mass communications. He is likened to Prometheus who gave the gift of fire to mankind. As we progress through time we will very shortly realize that it is Uranus that can bring about the best in humankind. 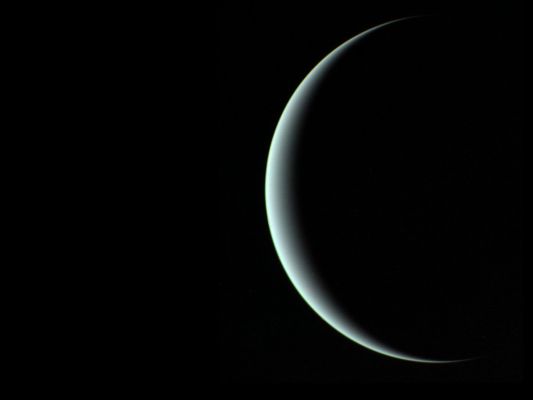 The Crescent of Uranus

The numbers of the Moon’s nodes even add up to 11 in Vedic numerology, the south node Ketu as 7 and the north node Rahu as 4 bringing us to 11. And if we wanted we could add the one’s and get a 2 for the Moon. We could allow this in this numerological example because we are dealing with the Moon’s nodes after all…coming from somewhere with the south node and going somewhere new with the north node. A large part of the mastery that we are speaking of has to deal with emotional mastery as well–gaining control and dealing effectively with those waves arising out of deep currents that can literally take us up and carry us off. Emotional maturity must happen before we can get to the mastery part and I think that we do have a choice in the matter. The illusion of the Full Moon on a reflecting pool of water is just that, an illusion and yet very real and impactful on the mind/psyche. Realization is the key and the awakener and Uranus is one major component to the mastery puzzle. Uranus jolts us and gets our attention in a big way which is really an understatement. Let’s take a look at the 11th harmonic chart below (technically, this is not an 11th harmonic chart in the sense of John Addey’s work but a string of undeciles and multiples thereof, thank you David Cochrane for reminding me of this!). Notice that Uranus is the focal point of the pattern with the Ascendant in the 11th degree of Leo, on 11/11/2011, 11:11 p.m. CST. The Sun, Moon, Ascendant, Lot of Fortune, north node, Neptune, Jupiter, Midheaven and Uranus are all connected by undeciles. Jupiter is exactly in the degree of the Midheaven and is at or near the Moon’s traditional exaltation degree in Taurus, further highlighting the significance of this configuration. What I see in this chart is an opportunity to change the world through Uranian collective self mastery. Everyone must do their part for a better world. Once this is realized that this must occur at the personal level within each and every one of us amazing things can happen and healing can begin to take place within us and the world we live in. 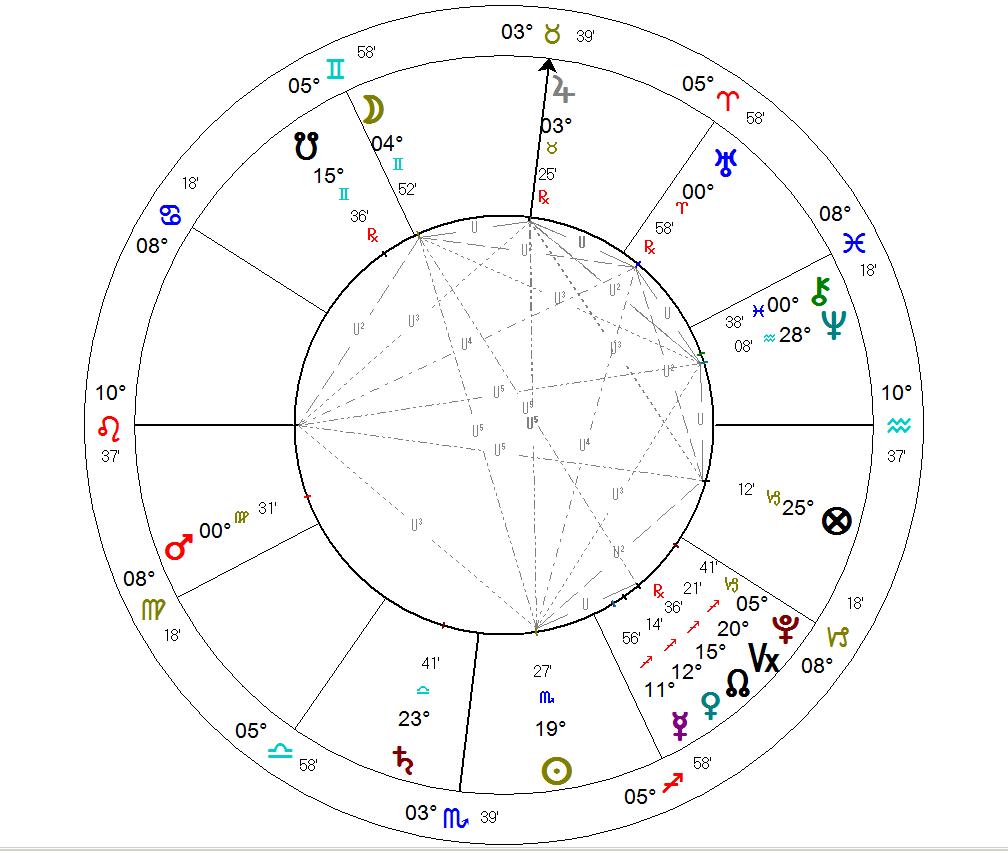 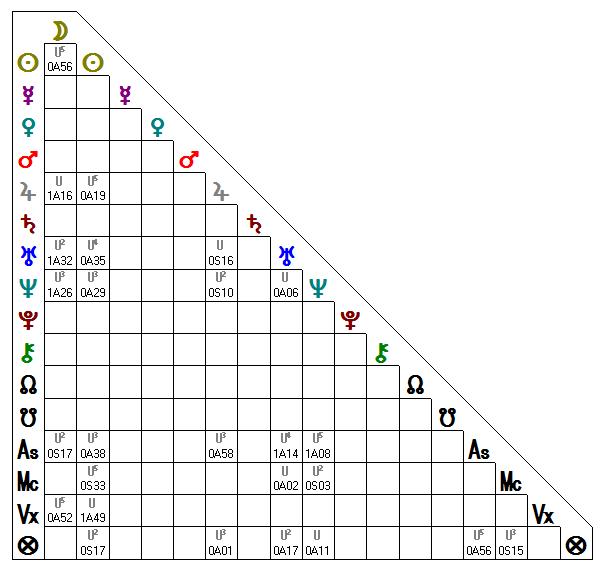 Half grid showing the aspects in multiples of the undecile, tight orbs, courtesy of the wonderful folks at Alabe, using Solar Fire 8

I had one of those surreal waking dreams last night. I was in a large complex/hotel with all of the ammenities. Large walkways, escalators, swimming pools, restaurants–a place that was recognizable and yet different as the mood of some of the people there was a little on edge. I had been to this place before and it seemed to be a kind of getaway/resort hotel. But suddenly things began to fall apart and loud alarms were sounding. I remember running down a corridor and finding various people that I knew. I thought for a moment to try to rescue and warn some of the others but there was no time as a voice had informed me–I had to trust that they would find their own way out. So I got into one of the elevators after a few attempts had failed from some of the others as they had already left or there were too many people inside. I got into one and suddenly I felt the drop but there were friends in the elevator with me. The next thing that i knew after falling precipitously and feeling my stomach coming up was that we all started to go sideways. There were futuristic vehicles along side us, streaming lights and perfectly molded infrastructures. We were tracking along with the future and we were in the fast lane…